The song American Anthem featured on the National PBS Memorial Day Concert from Washington, DC is being published as an inspirational children’s picture book! Based on the song that President Joe Biden quoted in his inaugural address, this book celebrates the beauty and diversity of this country and the legacies on which we build our future. Order American Anthem: A Song of Our Nation now from Amazon.com. 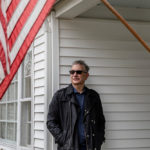 “In his inaugural address, President Biden quoted Gene Scheer’s song, a patriotic hymn championed by the opera star Denyce Graves and recorded by Norah Jones for a Ken Burns soundtrack.”

Read the full feature article in The New York Times about the history of this beloved song. 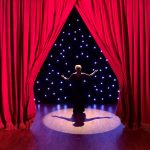 Pulling at heartstrings: ‘Violins of Hope’ live at Kohl Mansion

“The world premiere of Intonations: Songs from the Violins of Hope, by composer Jake Heggie and librettist Gene Scheer, forms the powerful center of the new Pentatone release . . . emotionally devastating and cathartic.”

Announcing the CD release of Violins of Hope.

Denyce Graves, one of Justice Ginsburg’s favorite opera singers, performs for her one last time. 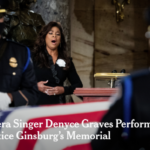 Justice Ginsburg was a passionate opera fan from her youth, and one of her favorite singers, the American mezzo-soprano Denyce Graves, sang for her one last time on Friday at the Capitol ceremony. Ms. Graves, her voice reverberating off the marble of Statuary Hall, performed the spiritual “Deep River” and Gene Scheer’s “American Anthem.””

Jamie Barton and Jake Heggie Blaze Forth in Unexpected Shadows 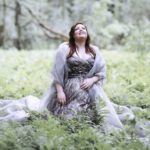 “Parsing which is more sensational, the artistry or the music, is beyond the point. Unexpected Shadows (Pentatone), the all-Heggie recital from mezzo-soprano Jamie Barton, composer/pianist Jake Heggie, and cellist Matt Haimovitz, is destined to win multiple “Best Vocal Recital of the Year” awards as it makes the best possible case for the necessity and relevance of modern American classical song.”