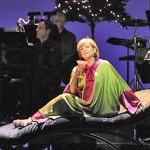 Based on the unpublished play “Some Christmas Letters: by Terrence McNally, “Three Decembers” was created for Frederica von Stade and the Houston Grand Opera. It was commissioned in association with the San Francisco Opera and Cal Performances. 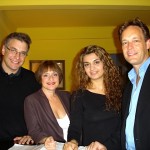 “To Hell and Back is a two-character drama based on the Rape of Persephone Greek myth. The piece was written for Patti LuPone and Isabel Bayrakdarian and the Philharmonia Baroque Orchestra led by Nicholas McGegan. 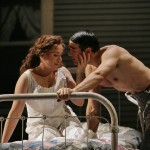 An American Tragedy, based on the novel by Theodore Dreiser, premiered at the Metropolitan Opera in 2005. It is an opera in two acts composed by Tobias Picker to a libretto by Gene Scheer.

Thérèse Raquin, premiered by the Dallas Opera, is an opera in two acts composed by Tobias Picker to a libretto by Gene Scheer based on the novel Thérèse Raquin by Émile Zola